The Do's & Don'ts of Team Development 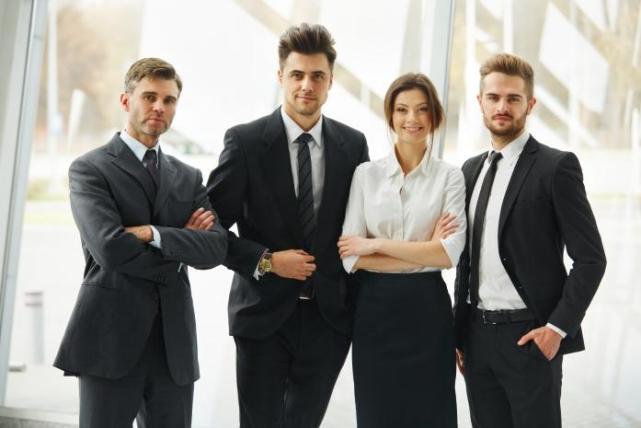 In 1963, psychologist Bruce Tuckman termed the four primary stages of team development as; forming, storming, norming, and performing. Tuckman deemed that these phases must be traversed naturally for a team to grow, find solutions, plan work, and deliver results.

While a lot has changed in the world of business and team building over the past 50 years, Tuckman’s model for group development has continued to ring true. To illustrate and modernize the motivation behind each phase, let’s examine both inspiring and unimpressive examples of each as we work our way through Tuckman’s ideology.

To start, let’s meet the players we will be working with today:

Chris: Well established at Company X. After working for close to 30 years and receiving few opportunities for development, has mentally checked out. Needs to be encouraged to adopt new strategies and rarely does anything other than the bare minimum.

Sharon: A hard worker who goes above and beyond the call of duty. Always aiming for that next big promotion. Her attention to detail and perfectionism sometimes gets in the way as she never knows when to stop. Does not take suggestions from others well – always assuming that SHE has the right answers.

Rob: A temporary contractor hired to assist on this project for Company X. Does not know the other team members. Paid a fixed fee for his efforts and not concerned with winning any awards or accolades. Just wants to get in, get out, and get paid.

Franklin: Brand new addition to Company X. Just graduated college and ready to apply himself in a professional environment. The glamour and shine of entering the “real word,” has not washed off of him, yet.

Forming
Forming is the first phase of team development. This stage encompasses the time in which a team gathers and identifies all opportunities for success and obstacles of achievement. Once a complete surveillance of the landscape has occurred, team members can begin to agree on goals and start working towards an objective.

If you need help determining who to assign to a team, take a look at our Management & Leadership Blog Posts to give you some ideas.

Scenario A: Chris, Sharon, and Franklin are joined by Rob as they are told of their duties. Those who are not familiar with each other spend some time sharing stories and introducing themselves. Once they are acclimated with their new teammates, they begin to tackle the problems at hand. Each member offers their thoughts on how to best accomplish each task and no one is afraid of entering areas of conflict; if they do not agree with something another member said, they voice their concerns. By the time they break, they feel that they have relinquished control of independence and have given themselves and their effort to the group.

Scenario B: Chris, Sharon, and Franklin are told that they will be working with a contractor at some point and to take good notes because they’ll have to relay this information to him at a later date. Their task is handed to them as a written directive with no opportunity to ask questions or gain clarity. After each receiving a copy of their new project proposal they disperse and read the document on their own. They agree to meet later that week to discuss what they came up with.

Tuckman’s Analysis: In this stage, it is important to get to know your team members and begin to act as a group. To grow from this stage to the next, members must give up the comfort of topics that they are familiar with and engage with other members while risking the possibility of tension. Scenario A clearly illustrated a healthy team that was willing to put in the work necessary to be successful, while Scenario B encompassed an uninspired team on a path towards failure.

If ‘forming’ is in place for teammates to get to know each other, this stage is intended to give members an opportunity to form opinions about what they just learned. Disagreements and clashes often arise in this phase and some teams never survive it.

Scenario A: Rob and Franklin speak the most. Unfamiliar with this type of project, the two of them ask the most questions to make sure that they gain understanding before proceeding. Franklin’s inexperience is annoying to Sharon and she says something to this effect, but blames management for their team assignment. Franklin feels slighted, but after reassurance from Chris, he understands that Sharon just wants to do a good job and that she means well. Sharon senses the dissent and issues an apology accordingly. After getting the “nastiness” out of the way, the four team members delegate tasks for each of them to work on, playing to each of their strengths.

Scenario B: Rob joins his three other team members and is caught up to speed in quick fashion. The four raise a few questions about what they read and while some get answered, others go unnoticed. Franklin is too afraid to speak, as he feels that he will be judged or penalized for not having a good grasp on what they do. Sharon identifies herself as the leader of the team. The others, for a variety of reasons, do not argue and agree that this format should work fine. Sharon dictates that she will assign tasks for the other members, and herself.

Tuckman’s Analysis: While Scenario B came and went without incident, Scenario A provided an opportunity for growth and increased intimacy. In Scenario B, the team actually skipped ‘storming,’ and proceeded straight to ‘norming.’ While it allowed them to move more quickly, it may come back to bite them in the future. The dissent expressed in Scenario A ended in a constructive event that strengthened the bond between members and will pay dividends going forward.

If a team has reached this phase organically they will really begin to reap the benefits. The clashes in personality have resulted in greater intimacy and a spirit of cooperation emerges. Aware of competition, the team begins to share a common goal and are now working “for” each other.

Scenario A: With their disagreements all squared away, our four teammates come together and decide what would be best for the team. Sharon tackles what she knows she will complete to perfection and allows the others to do what they will do best. Franklin doesn’t bite off more than he can chew, Chris uses his experience to accomplish his tasks, and Rob chooses to complete the work that others have not yet claimed. Each member knows their individual role, but acts out a sense of purpose to the team.

Scenario B: Having no time to establish responsibility or ambition, the four team members put forth a weak attempt at completing their tasks. Progress is quickly halted as Sharon calls out Chris for lackadaisical effort. Chris feels scorned but eventually completes his work. Team members notice the effect that calling out Chris had on his work and they feel afraid to bring up any additional issues. Individually, each member completes their tasks and submits them to Sharon, the group lead. Sharon tries to compile the pieces into a cohesive product, but struggles to do so.

Tuckman’s Analysis: Scenario A demonstrates the team members accepting each other for who they are and choosing to play to their strengths. The four coworkers tolerate each other’s imperfections in an effort to be more collaborative. Constructive criticism is received well with all parties try to act in the best interest of the group. In Scenario B, the team has no pride in their work, no sense of community, and no reason to work hard on their tasks. Criticism festers and turns the team sour. Scenario B depicts a team in a very bad place.

When a team reaches this phase, their roles should be concrete and commitment to common goal should be clear. If the team has progressed through the other three phases naturally, unexpected levels of success can occur. A knowledgeable, motivated, and united team is the hopeful result.

Scenario A: The team now operates with extreme autonomy. The leader that assigned these individuals to work together is able to take a completely “hands off” approach while remaining confident that the unit will continue to excel. Dissent is both allowed and expected – knowing that it will be channeled constructively. Occasionally the team slips back to earlier stages, but only does so to regain their footing and re-attain the level of performance they desire.

Scenario B: Continuing the helter-skelter approach from ‘norming,’ the team is now in shambles. They are constantly backsliding to previous phases, trying to find something that works for them. All of their core issues stem from a lack of intimacy and cooperation. Franklin feels too naive to contribute and remains quiet. Chris is bothered by the predilections of his teammates and reverts to doing the bare minimum. Rob never feels assimilated and trudges his way through the project, awaiting his next assignment. Sharon tries to tackle the whole project herself and produces a subpar result.

Tuckman’s Analysis: Having developed in a healthy and natural way, the team in Scenario A is well equipped to handle whatever is thrown their way. They exemplify “the sum is greater than its parts.” Each member of the team has developed personally and has become a better teammate as a result. Conversely, Scenario B produced a team that could not accomplish the task at hand with any clarity or conviction. Each member grew more sour as time passed, and they sabotaged the group as a result. Having been unable to go through the stages of development in proper fashion, they ended up being just as disjointed as they were when they started.

Over the past 50-plus years, Tuckman’s four phases of group development have remained a constant and still apply today. If a team is able to form, storm, norm, and perform in the ways identified above, they are sure to benefit immensely and grow as a unit. The next time you are involved in team building, put these four phases into practice and watch the dividends roll in.

For more tips on improving team effectiveness, contact us today!

Video: Sandler Rule #39: When All Else Fails, Become a Consultant

Sales Training with Sandler: The Benefits of Having a Sales Coach

Have You Earned the Right to Close?